Some others are sent to acquirer for online authorization or settlement. With the growing number of acquirers and acquirer message protocols, the main need was to enable partners/acquirers to define their mapping from the Poynt data structure to acquirer message format to give them more control and flexibility. With these Adapters any partner and acquirer can integrate Poynt terminals to their acquiring host without need of Poynt’s development on the Poynt Cloud platform. how

The framework grew out of a desire by the Poynt engineering team to make it possible for any developers working with terminals running Poynt O.S to connect it with any payment processing backend. Payment processing integration is something we do often enough that we want to let-go some of our knowledge and share it with everyone.

The Framework is made up of three main parts:

Developers use the IDE to define and code their Adapters. Adapters is nothing more than a combination of configurations and Javascript codes written by the developer. Adapters are deployed into the runtime environment in order to process traffic coming from Poynt terminals. 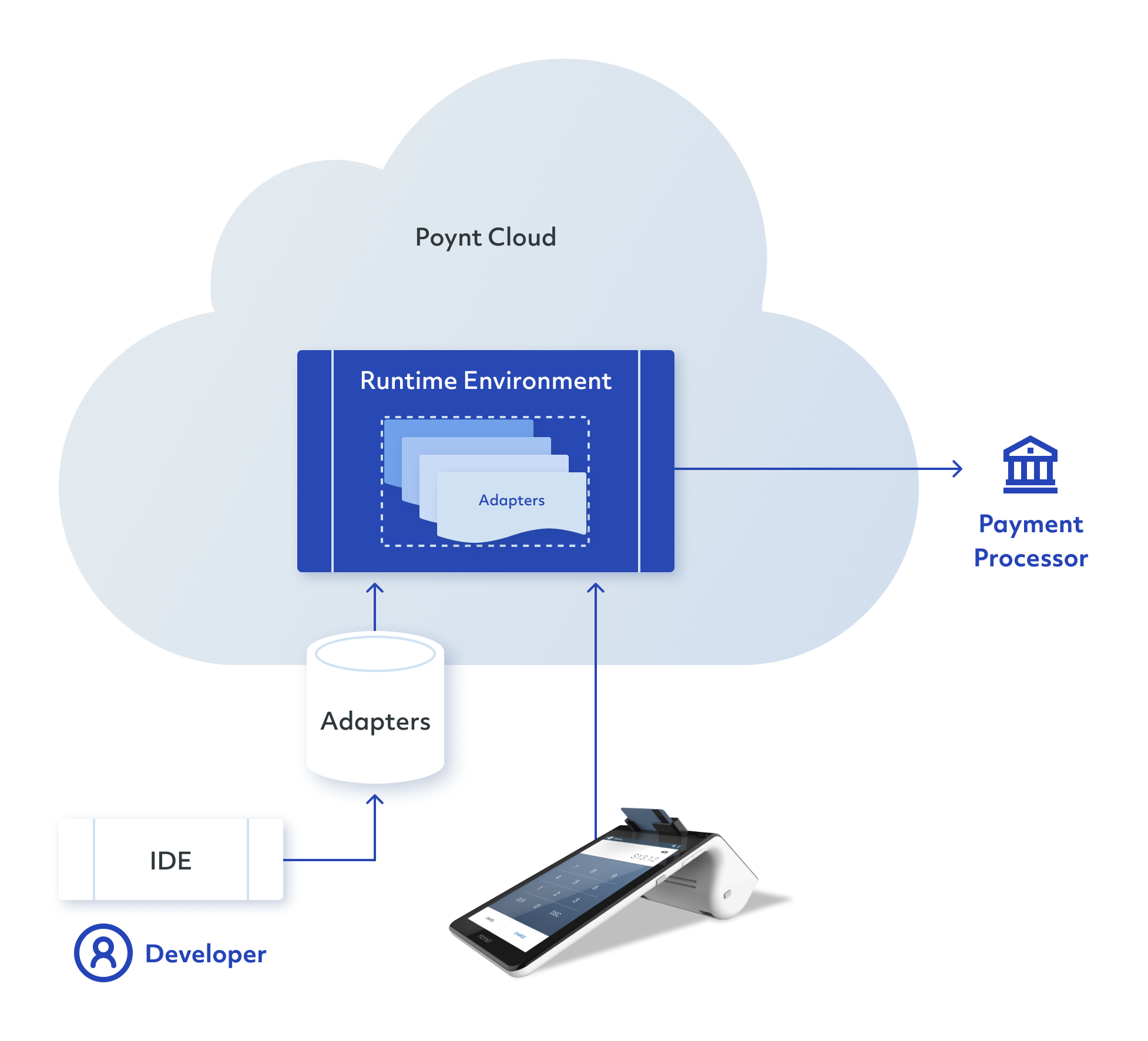 The diagram below shows the architecture of the Lego platform. 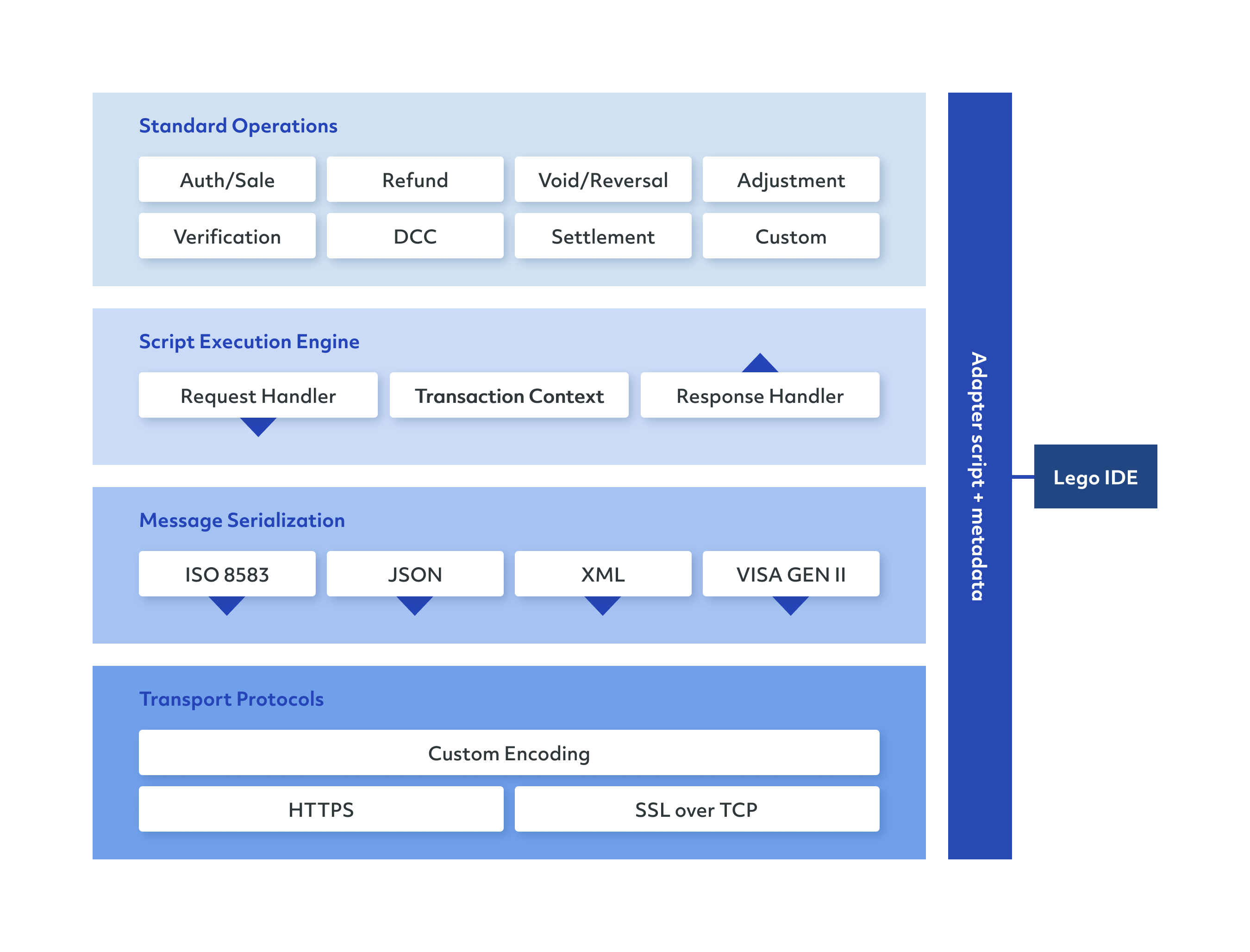 The IDE is a web-based editor located at lego-ci.poynt.net (opens new window). Developers will need to create a developer accounts in order to login. Once logged in, they can create adapters and share it with other developers belonging to the same organization the developers is in.

Adapters are what developers create. It consists of basic configurations like the external system hostname/IP, connection protocol, encoding protocols, etc. It also contains Javascript codes that the developer write in order to map data from Poynt terminals to the external system like PAN, amount, track data, etc...

Proxy-Adapters are used for multi-host feature which requires you to build a lego adapter for each host you want to use. Then create a “Proxy” adapter that sits on top of your other adapters

So for example, if an acquirer wants to connect to a different host for Amex transactions, there are three (3) adapters: Proxy Adapter, Amex Adapter, and Non-Amex Adapter (rest of scheme).

In the Runtime, the main engine is the Script Execution Engine with 2 handlers : Request Handler and Response Handler.

Once an adapter is deemed production ready, it will need to be submitted for approval to be deployed into the Production Runtime, which is hosted on a separate environment.

← Overview Getting Started with Adapters →