Business Need : Based on the market and acquirer’s needs, we want to print additional data on the receipt.

To achieve this goal, processorOptions object is used. It is a map of key-value strings and used for various processor specific data including the custom fields to be printed on the receipt.

Poynt terminal application looks for certain keys received in the response message and prints the key and corresponding value on the receipt.

In the following Response Handler Java Script code, the procOpt (an internal variable) is filled with following custom data. Acquirers may decide their own custom data printed on the receipt.

And finally TRANSACTION data object is set with the the values with the ones within the procOpt.

Business Need : In Europe, SCA is mandated by regulation. Acquirers send certain SCA soft decline codes to the terminal (INSERT_CARD, ENTER_PIN) and POS terminal prompts user to insert the card or enter the PIN based on these response codes.

POS terminal gets the $PROCESSOR_RESPONSE, checks the scaResult and perform the defined actions based on this data.

Business Need : Brands) have different EMV tags and new tags comes in certain periods. We need to be able to define any EMV tags in the authorization message. 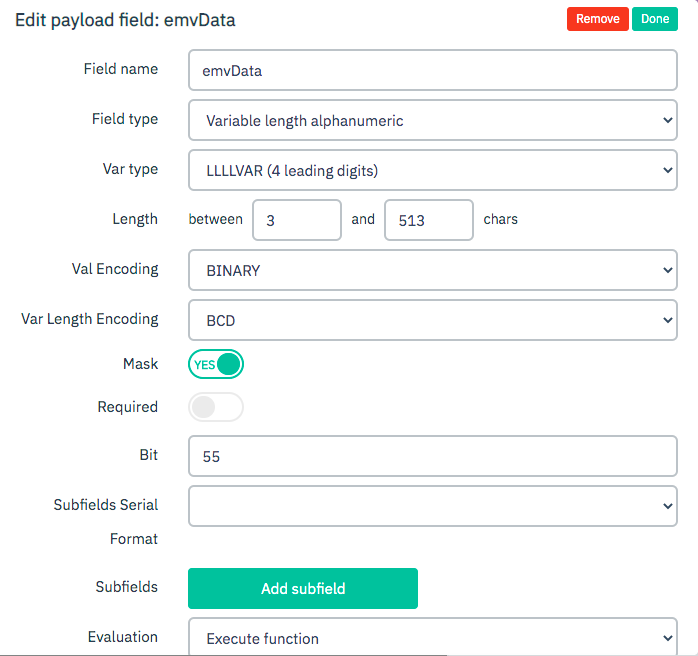 To achieve this goal, there is a WHITELIST function where EMV tags are defined. New tags can easily be added in this list.

Business Need : EMV data received from the acquirer should be sent to the terminal.

POS terminal reaches out the EMV response data within the $PROCESSOR_RESPONSE and performs EMV defined operations to complete the transaction.

Business need : We need to set Processing Code field-(3-4) to a certain value in the following 2 cases. 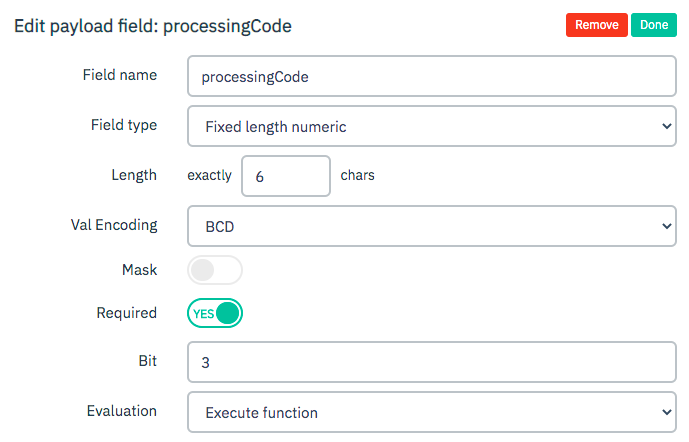 Track2 data comes in the TRANSACTION data object in the BINARY format as defined in the attributes below. 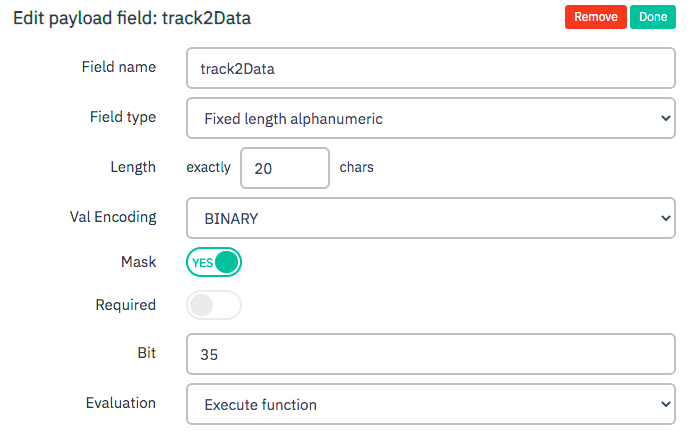 # Entry Mode in the Auth Message

Business Need : Field 22 consists of the 2 sub-fields : First 2 bytes is Entry Mode and last byte is PIN entry capability. The field is defined has following attributes : Field type is Fixed length numeric, Length is 3 and Val Encoding is BCD. The field goes in the position 22 in the authorization message. 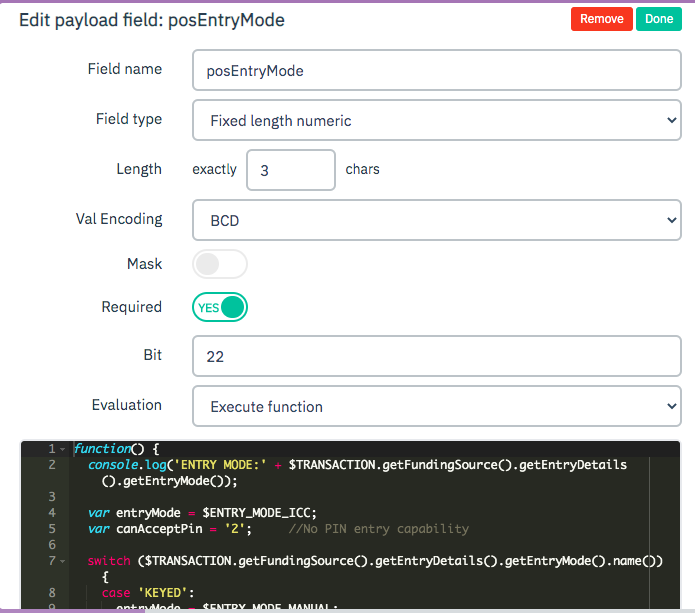 At the bottom of the field definition screen, a Java script is seen. This Java script gets the Entry Mode in the TRANSACTION data object, performs certain controls and then sets the EntryMode in an authorization message.